The article is about 23-year-olds but I’m 26 and I do feel the same. I feel this kind of insecurity in my life. I feel worried that my time is slowly running out but I haven’t made up my mind of what I want to do in my life. It’s like I have so many options, so many roads open for me but I can’t decide which one to go. Feels like now I’m standing at the foot of one and I kind of know where it’s taking me to. And just a year ago I was standing on the other and was feeling exactly the same.

Now I remember I was reading sth about the doors that people are afraid to close. Yes, exactly, the doors! I’m in a hall with many doors open for me and each one is so alluring that I can’t pick one. I kind of picked one already, I’m standing at the threshold but I can still see the other doors. open for me and voices of people I know coming from here, calling me to join them, saying it’s so cool in where they’re now… And I know I’m going to regret if I didn’t try them all or at least half of them. And also I know that when I step over the threshold I’m gonna see more doors opening for me… And also I know that my time here is limited and if I don’t pick one way I won’t get anywhere in the end and will also regret. I guess. 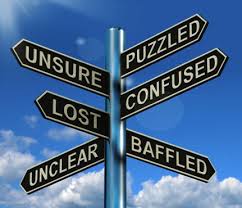 There a few options for me right now.

I know that most likely if I choose traveling (I’ve been having this itch for a while already) I might lose my chance o develop In Lime like it is. I’m just gonna lose my skills. But maybe, so what? What if I get some even more important life skills? What if I get some even more important business skills? What if I start a project there? But what if I will want to give it up also just to move further? But what if I am a nomad?

Making connections for me is 1000 times much easier than keeping the people close. Although it doesn’t mean I don’t value the people I’ve been having in my my life for a while now or value them less than the newcomers in my life.

But what if I go to the edge of the world and make the school there? I guess it’s even more needed there than here.

P.S. I can’t change or delete the text under the pic.

I have this feeling so strong from the article I’ve come across on sb’s page. I have this feeling so strong because I was inviting people pm on fb to my event (Retro-hipster late Valentine’s party) and some of them are somewhere far away, on the edge of the world like Thailand, South America (reaching the South Pole), some other just came back from somewhere there. I feel jealous for them. I don’t like being jealous, I hate it, but I am jealous. And I know I can change it…

I guess I will regret doesn’t matter which way I go for not taking the other ways. But I’m also 100% sure that if I don’t make his long journey to the edge of the world I will regret it till the end of my life… And also I know that the first regret won’t be that big, not as big as the second regret.

I’m a 26-year-old girl who is cannot be really considered a woman yet judging her age but behavior even more. I’m a 26-year-old girl who cannot be really considered a child anymore judging her age but behavior even more. I’m neither an adult yet nor a child anymore. And I guess I don’t really want to be a woman wearing glamorous clothing, high hills, being serious, very responsible, proud and having lots of men who dream of at least 1 night with me. I can play that role, it’d be fun. But this is not me. I want to fool around with kids, I don’t want to teach them stuff, ok maybe sometimes saying some smart things to them. I don’t want to grow up! I don’t want to take responsibility! I don’t want to be serious and boring!

I just want to enjoy my life! I want to fell it, to taste it to the fullest! I want to feel free! I want to feel the wind in my hair and the sun beating down on my head. I want to dance to the summer rains and go ice-skating on winter lakes together with the other kids.

Actually being young is cool. You can choose to behave like a child and at the same time, you won’t be told off by the parents or other adults for coming home late from the long night walks or for hitch-hiking alone…

I have to take the leap of faith. I feel better now. I know what I have to do now. I have the time just enough to settle everything. Though it is scary. It scares the hell out of me! Wish me bravery and good luck!

Thanks for reading this all!
Find your way!

This site uses Akismet to reduce spam. Learn how your comment data is processed.